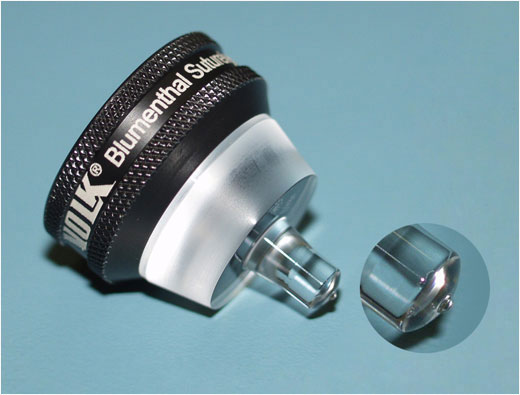 Some tips for suturelysis in difficult situations:

We recommend that you gain comfort with this lens in situations with relatively visible sutures and only then advance to more difficult cases. The most difficult eyes are those where the suture cannot be visualized at all, but gradually presents itself after a “blind” search with subsequent steady compression for 20-30 seconds, and rarely up to 60 seconds. Even in such difficult scenarios, however, the suture might be amenable to suturelysis with the aid of this novel lens design.

Finally, as with any other surgical skill, expect to go through a short learning period before achieving the maximal results possible with this lens.