Surgery is necessary in those situations in which medicines and laser surgery are not adequate to sufficiently control the intraocular pressure. When an ophthalmologist decides that there is a risk for further advance of the disease despite current treatment, he is likely to recommend surgical intervention. Of all the existing surgeries performed to treat glaucoma, the most common procedure is called trabeculectomy.

How is the surgery carried out? During the course of this surgery, trabeculectomy, the ophthalmologist creates a small slit (an opening) in the sclera (the white of the eye) and allows for the creation of a small drainage bubble beneath the conjunctiva (the membrane that covers the sclera, the white of the eye). This bubble allows the fluid that fills the eye (called: aqueous humor) to drain out of the eye. This fluid is thus filtered out of the eye, resulting in a reduction of the intraocular pressure (see illustration which portrays an eye following surgery). Professor Eytan Blumenthal has developed a device which is used during glaucoma surgery. The device carries his name. This instrument helps create a larger, more delicate and efficient drainage bubble which increases the likelihood of surgical success.

After trabeculectomy surgery a new outlet for fluid is formed, through which fluid can leave the eye as you can see in the drawing. Once access fluid leaves the eye, the pressure inside the eye stabilizes and further glaucoma damage is reduced.

Glaucoma surgery is generally performed using local anesthesia whose purpose is to prevent discomfort. Most of these surgeries are performed using topical anesthesia, utilizing only drops, so no numbing injections are needed. As in cataract surgery, in this surgery the patient is fully awake and feels that the surgery is taking place, however one should not feel pain or significant discomfort. This surgery usually takes approximately half an hour to perform.

The treatment following surgery is very important for its success. In follow-up examinations routinely held after the surgery the surgeon checks the area of drainage, the external appearance of the eye and the intra-ocular pressure. Following the surgery, the ophthalmologist may take various actions that increase the likelihood of surgical success, such as loosening some of the deeper surgical stitches that were placed during the surgery.  Professor Eytan Blumenthal also developed a unique laser suturelysis lens which allows for the loosening of stitches using a laser.  This laser procedure allows the surgeon to further reduce the intraocular pressure, strengthening the surgical effect. In the first weeks following surgery, one should generally avoid lifting heavy things, bending over, and performing strenuous activity, until the intraocular pressure stabilizes and the eye heals and recovers from surgery. Usually there is no significant pain after surgery. However, it is possible, and not uncommon, that the operated eye will feel slightly sensitive in the period immediately following surgery. Standard pain relief medication, such as taken for headaches and joint aches, may help overcome this sensitivity and discomfort. It is recommended that when exposed to strong direct sunlight, one may consider wearing sunglasses to help prevent discomfort resulting from such strong light. After surgery it is important to inform your surgeon immediately should one experience acute pain, deteriorating vision, increasing redness or discharge (white or yellow) in the operated eye.

Regarding the likelihood of success, glaucoma surgery is usually effective at reducing intraocular pressure in approximately 4 out of 5 cases. In a proportion of successfully performed surgeries, the surgical opening may later close with time. In such eyes where success is not long-term, addition surgery is often recommeded.

Surgery in which a drainage tube is implanted:

This type of surgery is performed in cases in which it is likely that the regular type of glaucoma surgery (called trabeculectomy) will not succeed, such as in an eye that has already undergone numerous surgeries in the past or in those sub-types of glaucoma that are particularly difficult to treat. In this surgery, a small tube is introduced into the eye via a tiny cut. This tube drains the extraneous aqueous humor into a reservoir that is continuous with the tube, and is implanted under the surface of the eye. The risks and recovery following this surgery are relatively similar to the risk of trabeculectomy surgery. 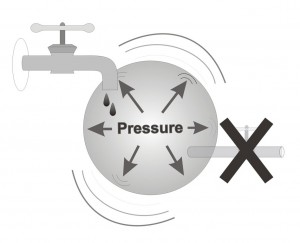 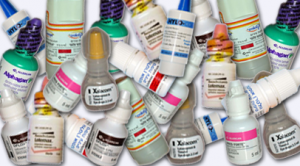 Glaucoma Medications Explained
This is a particularly important section which I encourage you to read, particularly if you place glaucoma eye-drops regularly. In the following links- you will find, in simple text, information on each...
Read More 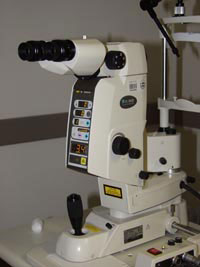