“Low-pressure glaucoma (or normal)” sounds like an oxymoron: after all if the pressure is normal then how come there is glaucoma? Well, although it is not logical, it turns out that in some eyes, despite the fact high pressure (defined as pressure above 21) was never measured, the optic nerve shows progressive damage that is attributed to glaucoma.  In addition, in these individuals the visual field also shows damage that is typical to glaucoma.  In reality this situation is not so common. Up to one fifth of glaucoma patients (and in some studies, up to a third) have this “normal pressure” type of glaucoma.  This type of glaucoma is indeed much more difficult to diagnose, mainly because high pressure had never been measured in the eye, pressure that would provide a hint that glaucoma is likely to be present.

So what is normal-pressure glaucoma?

Normal-pressure glaucoma is like any other glaucoma, with typical glaucoma damages, including optic nerve damage and at the same time visual field damage. However, this damage occurs without increased pressure, or in other words, the nerve is injured despite the normal pressure.  We assume that something in the optic nerve is causing damage at this low pressure.  We do not know which of the following reasons is the cause, but it is likely a combination of genetics (the presence of glaucoma genes), weakness of the support system at the head of the optic nerve, and perhaps also damage or changes in blood flow to the head of the optic nerve, contributing to optic nerve injury at pressures that for most people would not be considered harmful.

How can we possibly treat a low-pressure glaucoma eye?, an eye that doesn’t have elevated pressure in the first place.  Well, this question has been, and remains open to this day with no definite answer.  However, numerous studies conducted worldwide have shown that even in eyes with normal pressure, an additional pressure drop (e.g. from 19 to 15) has a positive effect on disease progression, by slowing down the progression of the disease.  This does not mean that the pressure drop will stop the disease from continuing to harm the optic nerve, but lowering pressure within the eye can slow things as much as possible.

One question frequently asked: Is this type of glaucoma (low pressure glaucoma) worse or better than the usual glaucoma (in which high pressures are measured)?  My answer is – it is difficult to make generalizations because every patient is different, and the disease may develop in different severity in different individuals.  But, if I try to generalize, the normal pressure glaucoma usually appears at slightly older age and usually advances more slowly, but on the other hand it is more difficult to treat and to slow the gradual decline.  It is important to realize that this type of glaucoma is treated like any other type of glaucoma, by lowering the intraocular pressure even further.

I would like to emphasize, the way to lower the pressure in this type of glaucoma is similar to the situation in other types of glaucoma: using medications (drops) that lower pressure, and if/when medications are not enough, your ophthalmologist will consider the possibility of laser treatment and/or glaucoma surgery.

To summarize, there are some eyes that developed glaucoma despite a normal pressure measured in repeated measurements, such that their ophthalmologist believes that pressures neer rise above what is considered normal intraocular pressure.  The treatment for these eyes is not significantly different from any other glaucoma treatment, and includes pressure-lowering drugs.  In particularly difficult cases, laser treatment and/or a surgery will be considered. 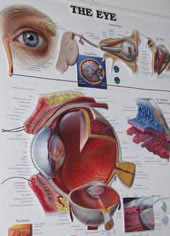 The Different Types of Glaucoma
Glaucoma is a disease of intraocular pressure which is too high for the health of the eye. The underlying cause for the increase of intraocular pressure leading to glaucoma is a decrease in drainage of...
Read More
Share via
Facebook
Twitter
LinkedIn
Mix
Email
Print
Copy Link
Powered by Social Snap
Copy link
CopyCopied
Powered by Social Snap