This section discusses astigmatism and cylinder. These are two phrases that people who wear glasses often hear, but do not always receive a thorough enough explanation on what they actually mean. Shortly I will try to explain these terms in a simple manner, comprehensible also to those that have not majored in optics and physics during high-school.

‘Astigmatism’ describes a problem that exists in the eye (or, more precisely, in the cornea). The correction of the problem using glasses to cancel out the visual disturbance, the ‘astigmatism’, is known as a ‘cylinder’.

In other words, an eye that does not have ‘astigmatism’ will not require correction with a ‘cylinder’ component in the prescribed glasses. In contrast, an eye with astigmatism will require glasses with a cylinder component (correction) in order to achieve the best possible vision (also called ‘best corrected vision’). Moreover, the degree of the cylinder will be proportional to the degree of the astigmatism, so that one will completely cancel out the other.

To summarize, in general, people can be divided into a few groups. One group is those people who do not require glasses because they are able to see objects at a distance well. These people, until the age of 45, will also see clearly objects that are near without requiring reading glasses (after the age of 45-50, vision for objects that are near by becomes weaker, and they too will require reading glasses). On the other hand, there is another group of people who do not see well without glasses. This group can be further divided into those who are nearsighted (myopic) and those who are farsighted (hyperopic). You can read about each of these topics in the appropriate sections, by clicking each of these links.

Every glasses prescription is composed of numbers that express the strength of those glasses. In fact, each of the two lenses has its own specific prescription, which usually differs between the two eyes of the same individual. This prescription is composed of several numbers, one being the cylindrical component. Both the strength of the glasses, as well as the strength of the cylinder, are measured in units known as diopters and are marked as either positive or negative. As explained just now, the cylinder component is measured in diopters, just like the ‘regular’ power of the glasses. However, unlike the regular component, the cylinder component also receives a value in degrees. These degrees describe the direction of the cylinder, for instance is it oriented horizontally, vertically, or diagonally.

In order to understand what astigmatism and cylinders are, it is not necessary to learn in depth the physics and optics that are associated with these phenomena. Essentially, it is important to understand that the cylinder is one of the characteristic of the prescription of each lens. For example, a person who has glasses with a certain power, but without a cylinder, is not fundamentally different in any way from a person with the same powered glasses, but who also has a cylindrical component. Every person who wears glasses requires that the lenses of the glasses be personally fitted for him/her in order to succeed in correcting their vision to 20/20 (also called ‘6/6’, or 100%’).

If so, what is the significance of having astigmatism which requires glasses with a cylinder component? The answer has to do with the optometrist who will need to perform a slightly longer exam in order to determine and refine the precise prescription for each of your eyes in order to achieve the best possible correction and vision.

In summary, astigmatism is specific a distortion of the cornea that requires glasses to neutralize. Cylinder is the component in one’s refraction that neutralizes the astigmatism. Many people wear glasses that contain a cylindrical component and most of these are simply not aware of it. Astigmatism is a hassle for your optometrist (requires a longer refraction examination to reach the best possible prescription) and may increase the cost of new lenses for your glasses. Other than that it is merely one component of the glasses prescription that your wear.

What Makes Each Pair of Glasses Unique
This section will discuss the question: what information does your prescription for new glasses contain? and what makes one pair of glasses different from another? Firstly, a short description of the glasses...
Read More 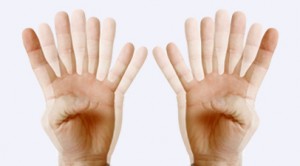 The Various Refractive Errors Requiring Glasses
Below you will find a description of each of the refractive errors that require glasses. Thus, if you, a friend, or a family member wears glasses, you will be able to better understand the characteristics...
Read More
Nearsightedness (Myopia)
The Necessity for Glasses in Order to See Clearly From a Distance Myopia is a condition in which a healthy eye is slightly, up to a few millimeters, larger than a standard sized eye. As a result, the eye...
Read More
Farsightedness (Hyperopia)
Eyes that require glasses can be divided into those that are nearsighted and those that are farsighted. Those that are nearsighted (myopic) require glasses with a minus number, while those that are farsighted...
Read More