What is a retinal detachment?

The space that separates the retina from its underlying layer is filled with fluid. Since the detached retina will not return to its place on its own (unless the fluid can be removed, and new fluid prevented from accumulating), this is a situation which requires surgical intervention.

To begin with I will explain shortly the important function that the retina plays in the mechanism of sight and from this you will be able to understand why retinal detachment is dangerous and requires immediate intervention.

The retina contains nerves (known as neurons and photoreceptors) through which it captures the image that one sees. Therefore, the retina is similar in function to the film in a camera: this is the layer which receives the picture (the light which penetrates the eye), and translates it to electrical impulses which flow through the optic nerve and reach the brain.

If the retina does not function then sight is not possible. Normally, the retina stays in place throughout one’s lifetime and only in rare cases is it likely to detach.

The two main risk factors for retinal detachment are:

First and foremost, are holes or small tears in the periphery of the retina which may spontaneously form over the years. These holes are found mainly in people who wear glasses with a high negative number, meaning that they are short-sighted (myopia).

In such individuals, the retina is more stretched than in a person who does not have myopia and as a result of the tension small holes and tears may form over time.

The second risk factor for retinal detachment is expression of severe diabetes in the eye. In patients with severely uncontrolled diabetes, membranes may form, causing traction (pulling) on the retina, resulting in the retina being lifted off its normal place, leading to a detachment. This condition is referred to as ‘proliferative retinopathy’ owing to an abnormal proliferation of new membranes that attach to the retina and consequently shrink, exerting forces of traction on the retina.

People who suffer from retinal detachment will first experience blurry vision in the affected eye. This will affect the portion of the visual field which is perceived by the part of the retina which has detached. In other words, it is possible for the retina to be detached in the upper part of the eye but still be attached in the lower portion.

Generally, the retina begins to detach in one place and then slowly (usually within days), the area of detachment grows. This occurs as fluid is constantly accumulating in the space between the retina and the underlying layer. As a result, as the detachment progresses, the area which the person sees as blurry grows as well. A common scenario is one in which the retina begins to detach peripherally, which creates a shadow over peripheral parts of the picture that one perceives in the affected eye. There are patients who describe this blurriness as a curtain (or a screen) which covers the peripheral picture in one of the eyes. As the detachment grows and reaches the center of vision (called the macula), one’s vision is likely to drop significantly such that the eye can no longer read, or recognize faces.

There are early indications of retinal detachment. These signs are very important because they can alert the patient to the fact that something is wrong and lead him/her to seek an urgent eye examination, often at an emergency room, because of the urgent nature of the situation.

As previously mentioned, a retinal detachment generally occurs following the formation of holes or tears in the periphery of the retina, where the retina is thinner and weaker. It is possible that these initial holes or tears will be accompanied by visual symptoms. If one is aware of these symptoms, he/she may be lucky and seek an eye examination before the retina has had time to detach, or at least before it had completely fallen from its place.

Such symptoms include: First and foremost, new onset of lightning and flashes of light in a particular area of the visual field. These lights are not necessarily indicative of detachment, or even of a hole or tear in the retina. In the majority of cases they signify tension and ‘pulling forces’ exerted on the retina. However, only an ophthalmologist, following a thorough eye exam, including dilation of the pupils, can identify what the source of the lightning and flashes in the eye is, and if necessary, initiate treatment.

These lights and flashes are described by patients as twinkles, lights, zig-zags of light that appear for fractions of a second or seconds in one eye, sometimes in groups (meaning not just one or two isolated lights). Some patients refer to them as ‘lightening’. Often, the patient initially thinks that there is a light that is twinkling externally, until he realizes that the phenomenon is essentially coming from within his eye and thus will also appears when the eye is closed, or in total darkness.

Additional symptoms that may raise suspicion that there are holes or tears in the retina include, in addition to flashes of lightning: numerous black dots, many floaters that did not exist in the past or a shadow covering part of the image that one sees through the affected eye.

For the patient who arrives with a hole in the retina, whose good fortune it is that the edges of the hole are still attached (implying that he has come at an early stage of the process), we can offer laser treatment which welds (“glues”) the edges of the hole in place. We cannot close the actual hole ( meaning sew it back together), but if we can successfully weld the edges of the entire circumference of the hole then the possibility of the hole or tear leading to retinal detachment is diminished.

It is important to note that this welding which is done by laser, takes at least two weeks until it has an effect (meaning until the edges of the hole are stuck in place). That means that simply performing the laser treatment does not by itself “glue’ the retina to the layer underlying layer, but rather a biological processes is initiated, by which scarring processes are initiated when the laser treatment is performed, but which take roughly two weeks until they are completed. Therefore, even after an ideal laser treatment is performed, there is a period of two weeks until the effect occurs, such that the edges of the hole or break are permanently held in place by scar tissue, during which time the eye is still in danger of developing retinal detachment.

As opposed to an eye that was diagnosed before the edges of the hole or tear detached and thus was able to be treated with laser, in patients where there is already fluid that has accumulated under the retina (fluid that entered through the hole or tear and later lifted the retina off the underlying layer), surgery will usually be necessary.
During surgery a doctor who has undergone special training for this complex retina surgery performs a number of procedures whose purpose is to drain the fluid, meaning to cause the fluid under the retina to be absorbed or to be extracted. The goal of the surgery is to create pressure on the area of the hole (or tear) using different methods, in order to secure the edges of the tear back to the wall of the eye and prevent a situation in which the retina will later continue to detach.

Retinal surgeries are considered complicated surgeries and up until a few decades ago did not exist at all. Today we have the ability to perform retinal surgeries in eyes that have difficult and complex conditions, such as in diabetics in whom membranes have developed on the retina and have created traction and even tearing of the retina. At the same time, it is important to remember that the retina is one of the most delicate tissues in the body and therefore despite anatomical success (in other words the ability of the surgeon, in a single surgery or repeated surgeries, to return the retina to its place) it is often the case that there has already been damage to the retina and as a result severe visual damage, that cannot be reversed, has already occurred. It is not uncommon in severe cases that the retina is indeed reattached (brought back to place), yet vision cannot be recovered since the detached retina has already been irreversibly damaged.

In summary:
Retinal detachment is a severe condition whose treatment is surgical. It is often not possible to diagnose it in the earliest stages and there are often no early signs that warn of an impending detachment.

Early signs of retinal detachment are the result of tension on the retina, as well as holes and tears. These signs include: flashes, lights and twinkles which generally appear at the periphery of the visual field. Additionally, a collection of hundreds of black dots can indicate bleeding within the eye, often related to a retinal break that has extended into, and hence has torn, a tiny blood vessel.

A situation in which one sees a curtain, one misses a section of the visual field, or blurriness in a particular area of the visual field may signify partial detachment of the retina, which is a far worse condition. If these signs appear it is important to immediately rush to have an eye examination, often via the emergency room, in order to try to contain the process and prevent deterioration into a complete (total) retinal detachment.

Holes and Tears in the Retina
The retina is a thin, transparent layer, less than a millimeter thick, which covers the eyeball from the inside. It is this tissue which gives us the ability to see, it may be compared to the film inside...
Read More
Diabetic Retinopathy
When ophthalmolgists use the term: &#8216;Diabetic retinopathy&#8217;, what they mean is that the retina (the seeing portion of the eye) has been affected by diabetes. Diabetes is a relatively serious...
Read More
Macular Degeneration
Macular degeneration is a relatively common disease. Yet, the damage that it inflicts on one’s vision can, at times, be quite severe. This disease attacks eyes at a relatively older age, usually over the...
Read More 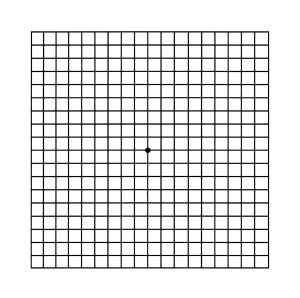